Are you visiting Silicon Valley and wondering: “How can I get a feeling of the startup ecosystem?”, then you’re at the right place. After having lived in the Bay Area for over a year, and graduating NomadApp from the largest accelerator in the world, Plug and Play, we’ve put together a map with the must-see places for any entrepreneur. Steve Jobs’ house, the HP garage, Intel, NASA, Facebook, Google, Y Combinator, Plug & Play, Stanford… there’s so much to see and do. Finally, we created the guide that we wish we would have had when we first arrived in Silicon Valley.

WHITEPAPER: 25 Lessons Learned From Living in Silicon Valley for Over a Year

Thinking about moving your startup to Silicon Valley or just wondering what it’s like?? This guide’s for you. September marked the one year anniversary since we moved to Silicon Valley, California from Kansas City, Missouri.

A lot has happened since then:

– We graduated from 2 Silicon Valley accelerators
– Hit over $1MM in sales with one of my startups
– Became a mentor at the Google Launchpad Manos Accelerator
– And (most importantly) learned how to surround myself with great people.

These are the 25 lessons I learned from living in Silicon Valley for one year (and hopefully will be valuable for  you):

Here is your guide! 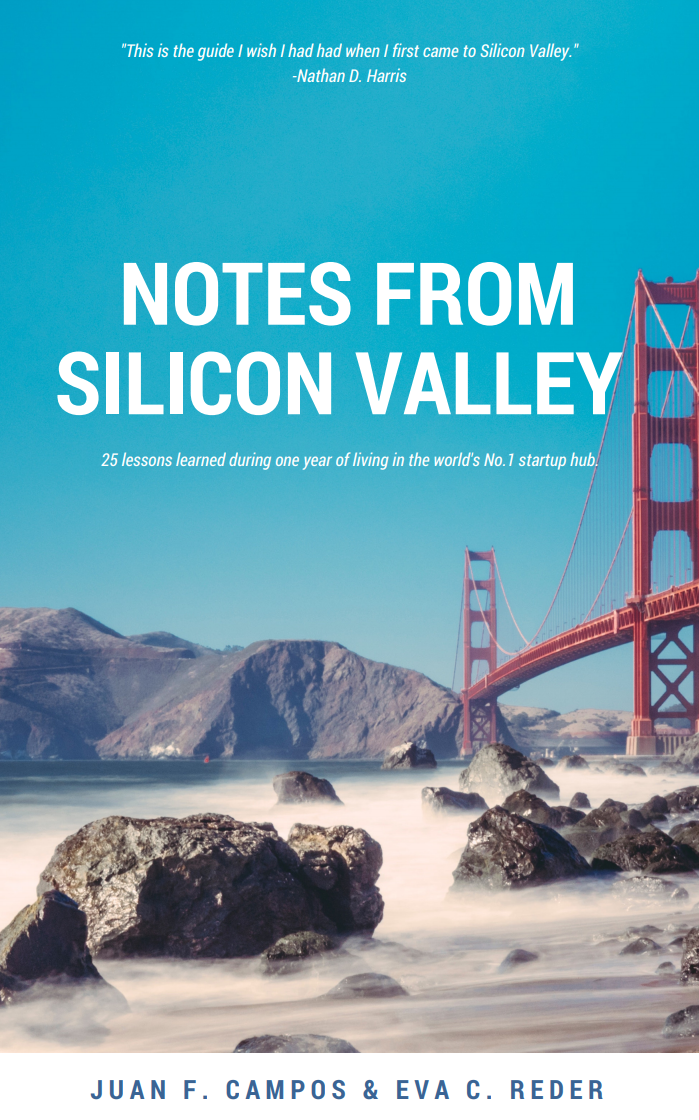